Mary Ball, a dog rescuer, allowed us to get an insight on her journey as a dog owner. Mary has always been a dog lover.  She grew up with a house full of dogs and had a total of  7 or 8 growing up. At the age of 20, Mary finally got her own personal dog that was Purebred Rottweiler named Apollo. 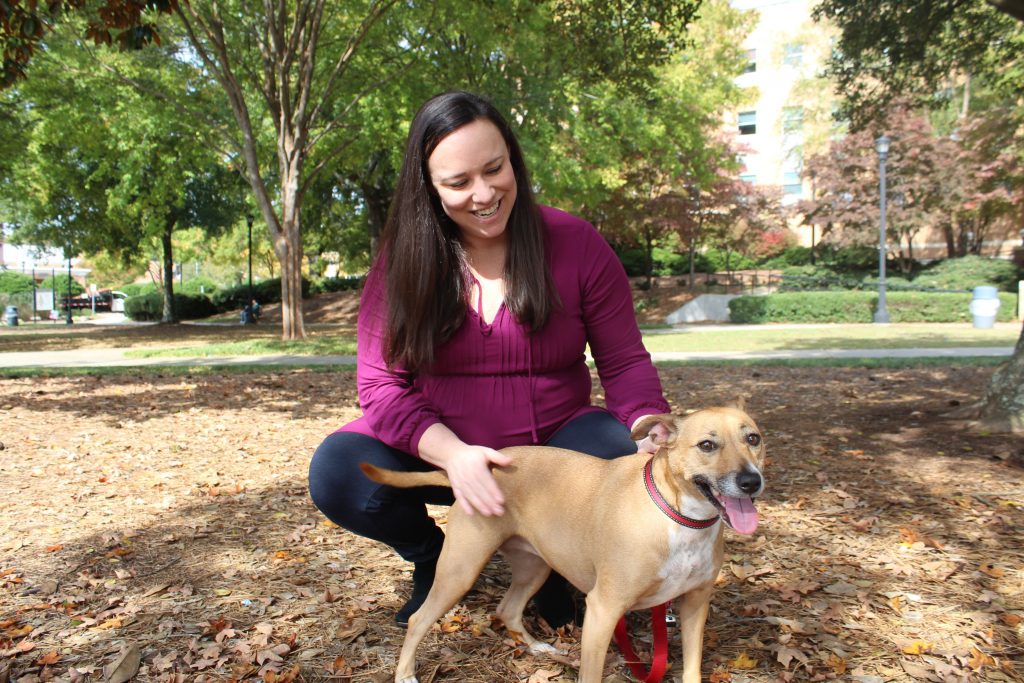 Mary and her oldest dog Ruby

Her love for dogs sparked her passion for adoption. She has rescued both her current dogs, Ruby and Yogi. Ruby is a mixed with Jack Russell Terrier and pitbull, and Yogi is a pitbull. Mary adopted Ruby at 6 months old, and she is now 5 years old. Yogi was 1 ½ and is now 2 years old. The adoption process was very fast for Ruby while Yogi’s took a little more time. Ruby was posted online as a “last chance” dog. She was going to be euthanized the next day if no one wanted to adopt her. As soon as Mary saw the post, she fell in love with the dog. That same day, her husband picked up Ruby. They had her home before the adoption papers were even done. On the other hand, adopting Yogi was more challenging. 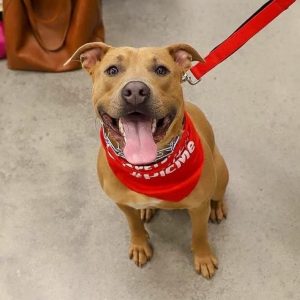 Mary’s  family went through two house visits and temperament testing with Ruby and Mary’s son, Reza. It took an entire month for the process to be finished and for Yogi to go to his forever home.

“He is a couch potato, a face licker, and he wants to sleep with us every night.” 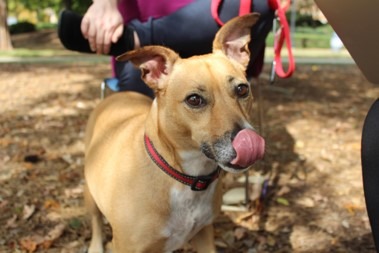 Yogi is more of the hyperactive breed. As Mary stated, Yogi’s theory is “I am big, this is my place, I will be loud.” Just because Yogi is loud and energetic, doesn’t mean he fits into the normal pitbull stereotype. In fact, Mary said she completely disagrees with that assumption. Mary says, “Any dog can be aggressive. It all depends on how they. Are treated. Treat them with respect and give them basic expectations.” To speak on her pitbull, Yogi’s, personality, Mary says, “He is a couch potato, a face licker, and he wants to sleep with us every night.” She was very clear that all dogs have their own personality, and pitbulls cannot automatically be characterized as mean and hateful animals. A pitbull was actually Mary’s first choice in a dog breed. She has always been intrigued by the more looked down upon dogs. As stated before, Mary’s first dog of her own was a Rottweiler.

Mary shared different aspects about each dog that she feels makes them unique. Ruby has a single white stripe on her nose that really stands out. She also has two different personalities. Mary says you can find Ruby snuggling with the family and laying across their feet wherever they sit. On the other hand, Ruby has a feisty side where she is not afraid of anything. Yogi is quite different from Ruby. Yogi is protective but gentle. He is terrified of so many things ranging from balloons to turtles. Yogi looks like a big, scary pitbull, but Mary says he is so sweet. Mary also added that their family had a 17-year-old toothless, clawless cat who Yogi is afraid of.

“He is a couch potato, a face licker, and he wants to sleep with us every night.” 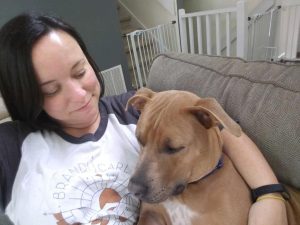 Mary snuggling with her dog, Yogi

Mary’s family consists of a mother, husband, and a 2-year-old son named Reza who is a big brother to be. The newlywed couple had not been looking for a dog when they decided to adopt Ruby 5 years before the birth of their first son. Ruby had to get acquainted with the new baby after mom gave birth. The Jack Russell Terrier had been protective over mom, Mary during her entire pregnancy with Reza, but upon giving birth, Ruby became somewhat afraid of the newborn. She eventually warmed up to the now toddler and sees him as a big brother.

Yogi, on the other hand, was 1 ½ years old when he was adopted into the family. As the toddler, Reza was getting older and learning to crawl and walk, there was some concern from the adoption agency regarding adopting a pit bull into a home with a young child. The agency had done a great job in placing the pup into a foster family’s home while seeking adoption where the pup had begun home breaking training. Yogi had temperament testing around the child before becoming a member of the family. Once Yogi had proven himself temperate, he was adopted into the new home. 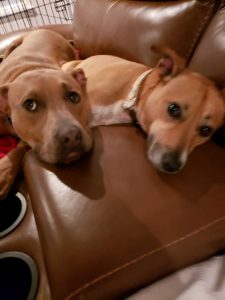 Rudy and Yogi laying on sofa

Mary Ball grew up with pitbulls, so training the new pup, Yogi, was not too much of a challenge. Mary’s techniques were to establish herself as alpha early on, and set appropriate boundaries. Although Yogi stayed with a wonderful foster family before finding a permanent home, Mary’s family found areas of improvement upon his adoption. The 1 ½ year old pitbull wanted to come in and take over his territory, but had to learn boundaries. Yogi would get excited and would like to jump up on people and almost knock them over, though not on purpose. Temperament training was necessary.

Ruby was adopted at 3 months old and had never been on grass until that point, nor had she socialized with humans. It took a few months for the new dog parents to earn the new puppy’s trust enough for her to play and warm up to them. Today, Ruby and Yogi both enjoy playing outside and chasing chipmunks and squirrels. Ruby enjoys playing in the sprinklers, but Yogi is terrified of them. He is also afraid of balloons and the families toothless cat.

The family believes that adopted dogs make better pets, because they have significantly less health risks than purebreds do. Also, because it is almost as though adoptees know they are being adopted, because they tend to be more grateful to have a home. That is why they make “the best dogs.

Rescue Dog Games is an organization that encourages dog adoption.